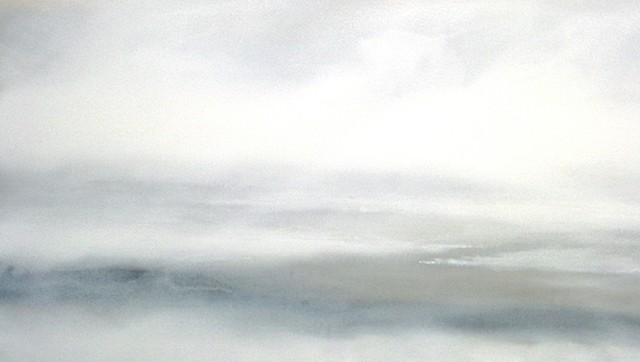 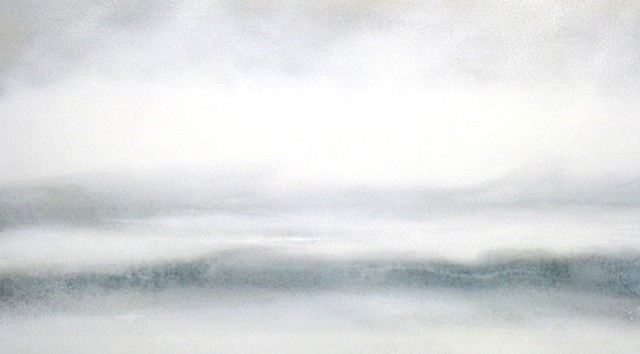 The combination of texture and movement so prevalent in Bentley's work conveys an atmospheric serenity inherent in nature and the environment, wherein lies his inspiration. Though not site specific, the works are strongly influenced by the vast coastal surroundings of his home in Nova Scotia, creating imagery that summons a stirring familiarity of place that truly resonates.

Bentley takes on the challenge of scale in his works which size up to 4 x 8 feet, and are rendered in a distinctive application of gouache. As the works need not be under glass due to a unique finishing process, textures and subtleties are readily engaging. Bentley works on multiple pieces simultaneously, standing over the paintings due to their sheer size. For him, this medium creates a daily metamorphic process, much like the sea that inspires, creating further connectivity to the subject.

On his earlier works on paper, the highly regarded former Curator of Contemporary Art at the Brooklyn Museum, Charlotta Kotik noted, "...the serenity of Michael Bentley's watercolor speaks about the artist's eternal fascination with the elements of nature ..."

Originally from the states, Bentley now lives in Nova Scotia. Traveling extensively throughout the US and Canada, he has lived and painted in many regions, from the southwest, midwest, southern coastal and the Atlantic Maritimes...

He has exhibited in galleries and museums across the US. and his work can be found in numerous corporate and private collections.