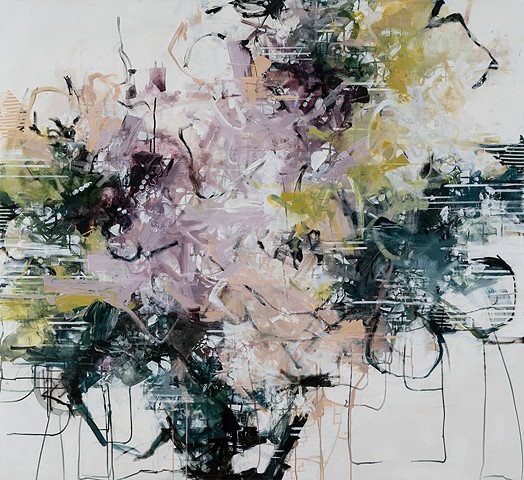 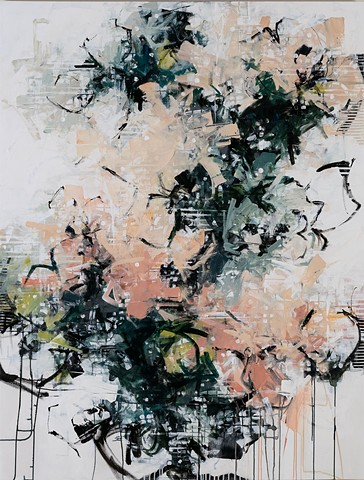 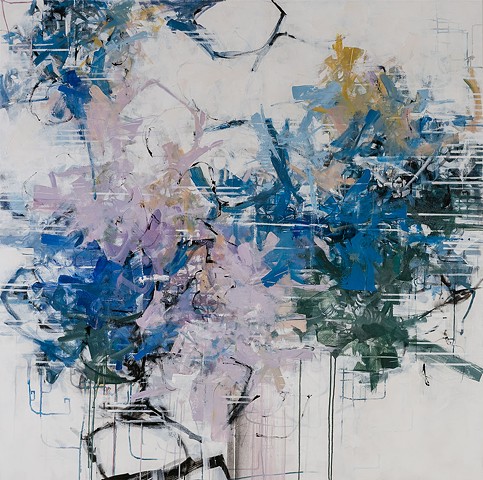 Carlos Ramirez was born in Cuba. For political reasons his family moved to the United States when he was a child. His family’s story is like that of many immigrants, and he recalls those early days in New York: My parents came to this country with nothing but the clothes in their suitcase. They gave up a comfortable life that was deteriorating in hopes of a safe future. As an adult I can now admire their courage and determination. In their late thirties they landed in a country where they didn’t speak the language, had no financial resources, and a small child.

Ramirez always drew and painted, but as the only child of an immigrant family, his parents were concerned that he have a structured profession, rather than take a chance on a career as an artist. In college he focused on drawing and drafting in the hopes of pursuing an architectural degree, but at the last minute, due to the prodding of his father, he applied to law school.

He received a full scholarship to the University of Miami Law School, where he excelled but soon realized his heart was not in it. In his last year he left the program to follow a vision of putting a fashion collection together. “I applied all of my drawing, sketching and design skills to this new endeavor,” he notes. At age 23, he established the label Liancarlo. The label has dressed dozens of celebrities, and his work has been featured in countless fashion magazines.

Throughout the years of growing his business, he became a designer by day, painter by night, taking workshops with such greats as painter Wolf Kahn—making time to pursue this passion. Today he dedicates his time solely to painting and can be found most days working in his airy, sunlight studio in Santa Fe, NM.

ARTIST’S STATEMENT My work is a visual record of the world around me; capturing those moments that have become rooted in my memory. I am not interested in replicating nature, but rather the bits and pieces that have struck a chord with me.

I tend to work large, starting with bold black ink sketches that reference organic shapes. I then obscure parts with multiple layers of broken color. I work back and forth in this manner developing a thick buildup of paint in some areas while others remain thin and open. Washes contrast with impasto and interplay with the loose drawings within the piece.

The essence of my work is exploring the beauty that is present in the natural world. In this process I take in what draws me to nature and bring it back to the canvas via my own voice.

A NATURAL EQUATION Painting has a way of bringing me back full circle to my creative roots. It is my voice expressed and a personal exploration into a world purely of my own making. It allows me to speak from my heart, to what moves and motivates me, while serving as a mirror of my inner being.

Carlos Ramirez’s joyous, deep paintings invite us to connect with him at a level beyond words. His large-scale abstractions are serene and yet buoyant, tethered yet open, intuitive yet structured; closing the gap between the dualities that exist in both life and painting. Painting is for him a life-changing endeavor that he both loves and must do, and a part of his daily life. When not traveling to show the collections of his fashion house, Liancarlo, he spends evenings in his studio painting. He brings to his artwork what he has brought for many years to his collections of couture gowns—a sense of timelessness and elegance. Cut from the same cloth, his paintings begin with his distinct lines developed for years in thousands of sketches for fabrics, embroideries, and clothing.

I begin collections with a series of sketches that borrow shapes from the natural world—which I slowly morph and abstract as I work. It is from this same place that I develop a painting. I am a sketcher by nature, so I begin each canvas with loose lines that borrow heavily from this internal garden. Though a lot of the lines are lost in the actual painting process, they set a mood and rhythm for the work and maintain a strong, vital connection to nature.

When working he hangs multiple pieces in his studio space but works on one painting at a time. Often, he steps away to gain objectivity from the emotion he brings to the work, allowing things to settle before seeing his painting again with fresh eyes. He allows things to happen first and then edits— a process of working back and forth between line and transparent/opaque color.

Ramirez, an avid hiker, often brings the outside world into his paintings, and those experiences subconsciously influence his work. Studying the painting titled Slot Canyons at Tent Rocks reveals his process. Ink line marks made with a broken twig are coupled with more open areas of color and space that lead the eye gently into a circular movement that opens into a sky-like space. At the moment of stepping back from the piece he remembered a hike he’d taken a few years prior through the mysterious canyons of red stone in New Mexico with a blue sky above him, taking him back to his experience in nature. This strong connection with nature always guides his sensibility. His paintings are organic and ripe with a deeply sensitive connection to life.

Ramirez has always been, at the core of his being, an artist and painter, and like many, has balanced that part of his being with a successful career. Intertwining both often, but always making painting a priority in his life, taking workshops with greats such as the painter Wolf Kahn who gave him permission to explore new things as a painter. Recalling a workshop with Kahn he remembers:

At some point in that workshop, it dawned on me that art was not about rules and procedures… that was bullshit… it was about romance! Making someone’s heart yearn for an image… falling in love with your art to the point that it took over your thoughts.

His paintings are his true creative work, reflecting a passion for independence and individuality through an authentic voice that is not derivative or contrived. The underlying structure and rhythm of his paintings are grounded in drawing that serves as a container for gestural and expressive marks in the spirit of Abstract Expressionism. Ramirez loves working large because he feels as though he has “fallen into the painting, and that it is has taken all control of [his] visual world for the moment.”

This work in painting that I am doing now is a part of my evolution, and it is a natural progression from drawing into something more liberating and adventurous. But even more, it allows me to speak from a different place than before, in a whole new language… and often when I get to work on my painting, I have no clue what to do next, and then, it’s almost as if by magic, things begin to happen….