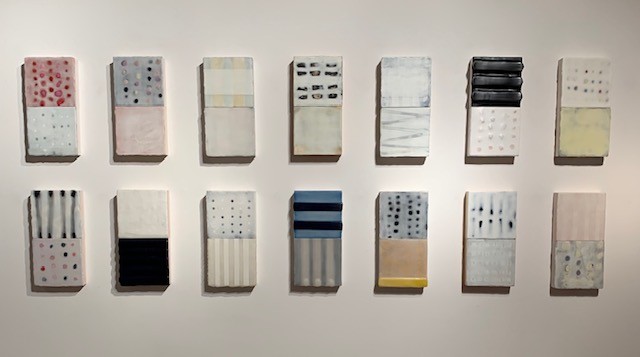 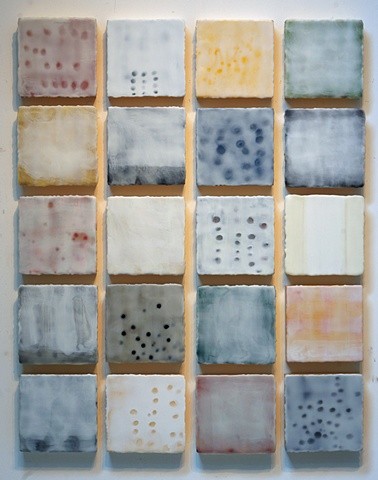 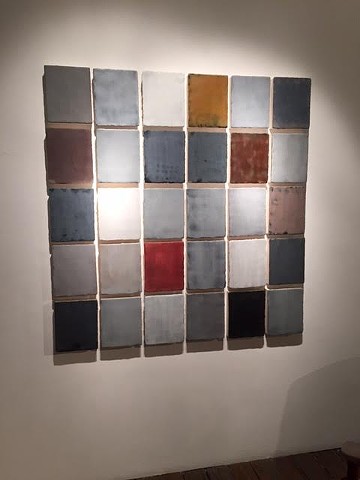 Paul Rinaldi is a visual artist whose work has been widely exhibited at museums, galleries, and cultural centers in the United States, the Middle East, and Europe. Rinaldi's work is represented Perimeter Gallery in Chicago, and Circa Gallery in Minneapolis, and is included in numerous private, corporate and public collections. In 1988, Rinaldi received the Silvermine Guild Prize for Painting in the Art of the Northeast USA exhibition juried by Linda Shearer, Curator of Contemporary Art at New York's Museum of Modern Art. .

Rinaldi studied painting and art history at the University of Massachusetts, Amherst. He received his MFA degree in 1988 from the City University of New York, Brooklyn College, where he studied with Philip Pearlstein, Allen D’Arcangelo, and Lee Bontecou. From 1991 through 1998 he lived in Egypt and taught painting & drawing at the American University in Cairo. Rinaldi currently lives outside of Chicago, and teaches at Prairie State College.

For many years now, I have been guided by the notion that a work of art should convey a sense of time, place and human presence. More recently, I have been intrigued by the important role that memory can play in the creation of art. Memory is both personal and collective, a sacred space held deep within our souls. Though it is veiled by time, it is a place that can be visited for insight and inspiration.

Much of my artwork is, in a sense, abstracted from both the urban and rural environment—memories of form and color gleaned from walls, windows, machines, doors, shadows and streets, among other things. I am particularly intrigued by forms which, though once "perfect" in their man-made precision, have subsequently "fallen" into disrepair through age and neglect--"fallen" from the modern or postmodern into the primitive, carrying the wisdom of a long forgotten tale.

My paintings engage relationships of color, shape, composition and space to convey a variety of emotional complexes. They are very much process paintings, created through the buildup of many relatively thin applications of paint in which I develop, modify, and often wipeout successive layers of imagery. The layering of paint is like the layering of time—moments passing into days, then weeks, months and years—the immediacy of the present perpetually slipping into the past. As well, my painting process alludes to cycles of building and destruction inherent both in the unfolding of the human drama and in the workings of nature. The paintings at times contain the whispers of footsteps and fingerprints, enveloping fields and eroding structures, barriers and bridges, scarred walls,, resilient and transitional forms, emergence, growth, and decline. Artist Statement: Encaustic

I’ve been making encaustic paintings, on and off, for 20 years, though for the past 3 years it has been my principle medium The word encaustic comes from Greek, and means to heat or burn in. Working with successive layers of molten wax, it is necessary to fuse the layers together with a heat source, such as a propane torch, or a heat gun. Beeswax serves as an ideal binder for pigment, and with proper care, encaustic paintings have an archival longevity that exceeds most other painting mediums.

The first encaustic paintings were produced in antiquity by the Greeks, yet among the earliest surviving examples are works dating from the 1rst century CE, produced in the desert oasis of Fayoum, Egypt. While teaching art in the 1990’s at the American University in Cairo, I came across many of the Fayoum “Portraits” that were created to preserve the identity of a deceased individual. These encaustic panels were originally placed over the head and wrapped in the mummy with cloth. While the portraits are somewhat stylized, they still preserved with remarkable likeness the particular features of individuals—a consideration vital to the ancient Egyptian death ritual as individuals passed through to the afterlife.

I make my own paints—a mixture of raw pigments and beeswax, together with small proportions of damar resin, carnauba, and microcrystalline waxes that impart a degree of flexibility and resilience to the surface. The greatest advantage of making the paint is that I control the pigment load, and thus can adjust the relative opacity or transparency of the medium. Once the wax is heated to a molten state, I brush the paint onto a panel and alternate between building layers, fusing with heat, scraping and carving with various tools, and refining the surface with solvents. Surfaces are often achieved by veiling strong color structures with translucent layers of wax. I like to explore the boundaries between painting and sculpture, and I try to create a dynamic relationship between the visual illusion and the physicality of the object.

While the visual forms in my work grow out of a vocabulary of subtle tension developed by Modernist artists such at Piet Mondrian, Ad Reinhart, Barnett Newman, and Agnes Martin, it also speaks to my affinity for antique religious icons, shrines, temples, mosques, and spaces of deep contemplation. I construct my images from memories of light, color, and space gleaned from these sorts of subjects. I very much like the idea that an artwork can function as a focus for human contemplation and reflection—that in some way, it can serve a gateway to both collective and individuated memory. To that end, I look to color to function as an indicator of place—sometimes particular and real, other times imagined.